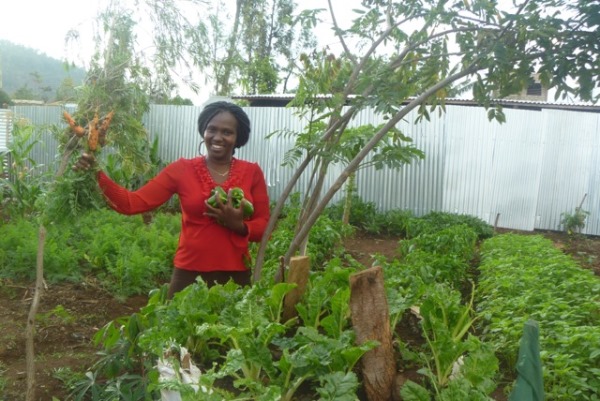 Soroptimists work in partnership with Child .org which is dedicated to building a world where every child has an equal opportunity; they have worked for a number of years in Ghana, Sierra Leone, Kenya and Uganda.  The project is run on the ground by CIFORD Kenya (Community Initiative for Rural Development), led by Margaret Ikiara who has 27 years of experience in husbandry, agricultural economics, teaching and community development and who is dedicated to improving the lives of women in her home region of Meru.

What has been achieved so far?

The issue in the past has been that the women did not have the skills or knowledge to use efficient farming methods to get a good harvest. With a one year package of training, mentoring and support they can now learn to grow sustainably and to plant crops that will improve their family’s health.

There are five groups of women, a total of 194, who have been identified as being interested in following a training course, based in five different villages. The course began in April 2017 and will continue for 12 months:

At the end of the course they will receive a certificate; it is envisaged that similar training will be undertaken by 2 more groups of women in the following 2 years.

To combat the practice of FGM (female genital mutilation) an ARP(alternative rites of passage) weekend was set up, attended by 40 girls. The weekend aimed to dispel the myths surrounding FGM and to give the girls the knowledge to identify and deal with situations and to empower themselves by refusing FGM; they learnt about other related topics – repercussions of teenage pregnancy, early marriage, HIV/AIDS, drugs and substance abuse.

There will be two more weekends arranged, each for 60 girls; a weekend is also planned for teenage boys to promote why FGM is damaging for girls and to promote the practice of safe medical circumcision for the boys rather than traditional methods. Other issues such as alcohol and substance abuse will also be addressed.

There are also plans to train young mothers on how to care for themselves and their families; they will be advised on the best nutrition and how to grow the nutritious food and will be taken through hygiene lessons.

Where does the money go?

The money is used:

All the money raised goes to the Meru project which was selected by SI conference delegates in 2015 and it was launched in March 2016 on International Women’s Day.

Does the land belong to the women to their community?

Even though the women are very poor many of them have a small piece of ancestral land on which they live. If they don’t there is usually still a small space in which they can grow some food next to their homes; some of the groups also grow their crops together in larger spaces in their community.

Even if they do not own their own land, the women plant as many crops as they can, and learn skills that are transferable enabling them to be more employable.

How are men involved in the project?

CIFORD Kenya is intending and has tried to use men in women empowerment and it has helped their understanding at home. The men need to be educated and encouraged to support women in their activities to release their full potential.  Before, men looked at CIFORD work as a women’s business but of late they have come to appreciate and support the work through participating in the farm and also allowing their wives to attend the group trainings. With the provision of water tanks men appreciate the work CIFORD is doing in the community.

This project fulfils the three main goals of Soroptimists – to Educate, Empower and Enable women and girls. 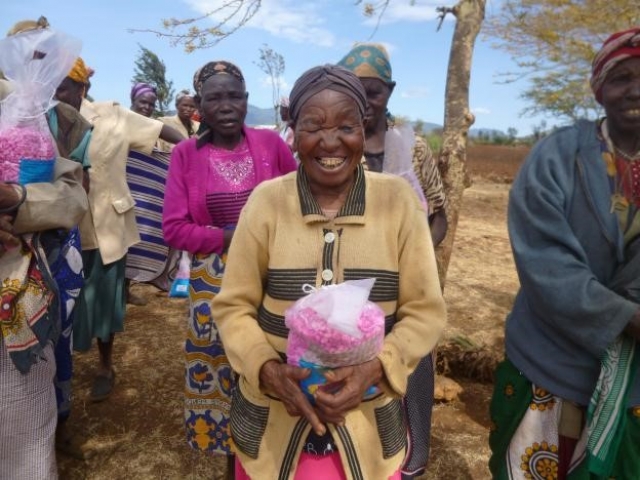 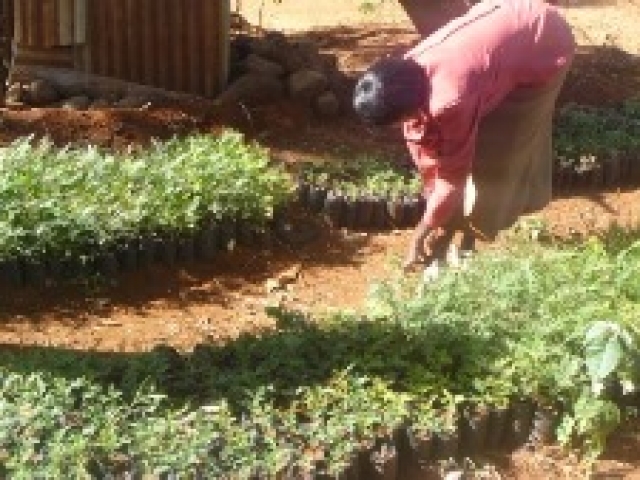